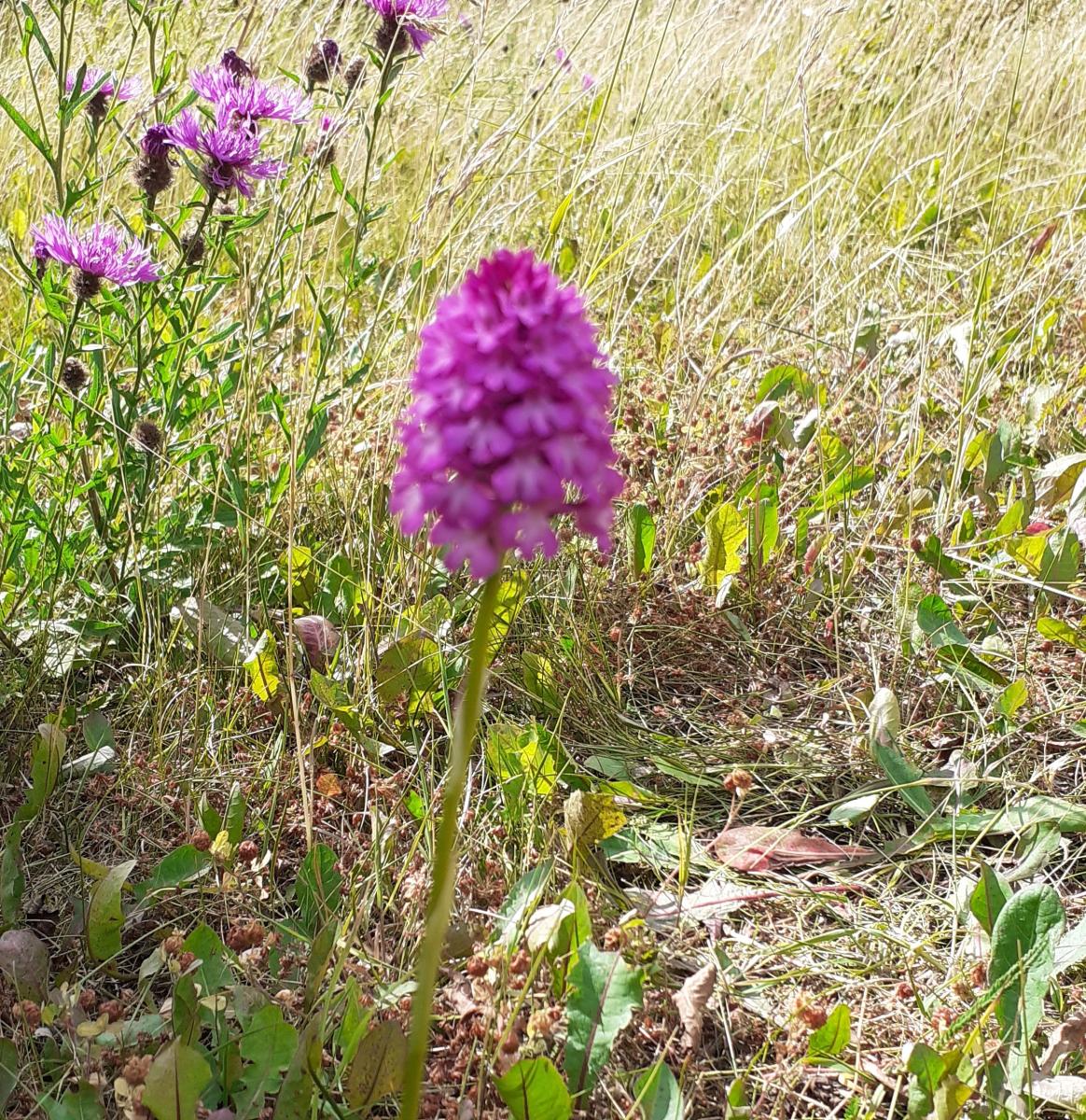 The spectacular plant – which has brightly coloured pinky-purple flowers in the shape of a pyramid – has been spotted in one of the areas in Ely being carefully managed by the Council.

This involves leaving many areas unmown for longer periods of time to allow wildflowers to grow.

Several colonies of beautiful bee orchids have also been spotted.

The Council has been working with local botanists Terry and Helen Moore for the last six years. They plot the locations of the orchids so that the Council’s Open Spaces team knows which areas to leave or to mow around.

They also advise the Council on the best time to cut and clear the vegetation, which is crucial to allow the orchids to set seed, but then not be outgrown by faster-growing plants, like the grass.

The orchids do not flower every year and sometimes can choose to rest for several years.

Councillor Julia Huffer, environmental champion for East Cambridgeshire District Council, said: “I am so pleased our efforts to increase biodiversity across the district are beginning, quite literally, to come out in bloom.

“East Cambridgeshire District Council declared a climate emergency back in 2019 and since then has been undertaking many practices to help it in its aim to become net carbon zero by 2030. Not mowing grassy areas allows lawn flowers, such as the orchids, to bloom and feed hungry native bees which in turn are essential pollinators for many of the foods we love to eat. It is such an easy and effective thing which we can all do. Sadly one orchid has already been dug up, which is such as shame as we trying to do this for the benefit of everyone.”

The Council uses the same management technique in many other areas of open space, including in Witchford, and at the churchyards in Burwell and Swaffham Bulbeck. It also leaves grass uncut under all of its tree stock once the tree is established.