22nd March 2019
Dear Colleague,
For the past two years I have had great pleasure in compiling Chairman’s Chat, but
sadly this will be my last offering. I hope recipients have found it of interest. The
purdah period commences next week, and as you are aware, elections to the District
Council are fast approaching on Thursday 2nd May.
As well as standing down as Chairman, I will also be retiring from the Council. With
the reduction in Members from 39 to 28, the area where I live in Newmarket will form
part of the new Woodditton Ward. This will encompass 7 Parish Councils. With the
addition of committee membership and other responsibilities, I have decided at the age
of 72 against seeking re-election.
Acting as the ambassador for the Council in the role of Chairman has been a great
privilege. One person I have come to admire and respect this past year is the outgoing
High Sheriff of Cambridgeshire, Dr Andrew Harter DL CBE. Roslyn and I were
delighted to attend his Awards Ceremony at the University of Cambridge Department
of Computer Science and Technology on Tuesday evening.
With the enthusiastic support of his wife, Lily Bacon DL, Dr Harter raised a staggering
£111,120 during his year’s term in office. This was distributed to 35 countywide
charities and organisations at the Awards Ceremony, a number of whom are based
here in East Cambridgeshire. It was a heart-warming evening, hosted by one of
country’s best loved broadcasters, Carol Vorderman DL.
During the past fortnight, we have also represented the Council at the Civic Service in
Wisbech, and at a celebration in Huntingdon to mark Commonwealth Day.
One of the most amazing experiences I have had took place as recently as Wednesday
of this week when, together with our colleague Councillor Mike Rouse, Mayor of Ely,
and other civic guests, we were invited by the Base Commander at RAF Mildenhall to
undertake an Orientation Flight. Having the opportunity to watch planes refuelling in
mid-air was absolutely terrific. Two planes took part; my highlight was sitting in the
cockpit watching four fighter jets being refuelled in mid-air, in the distance, from the
second plane.
A few facts are worth noting which I hope will be of interest:-

The final member visit during my Chairmanship took place at the National Stud, here

in Newmarket. As well as a tour, the highlight of which was seeing recently born foals,
we were also given a talk on the training programmes that are offered. The stud is the
showcase for British Thoroughbred breeding. It covers over 500 acres of pastureland
and currently accommodates 200 brooding mares. If you have not been, it is well worth
a visit. 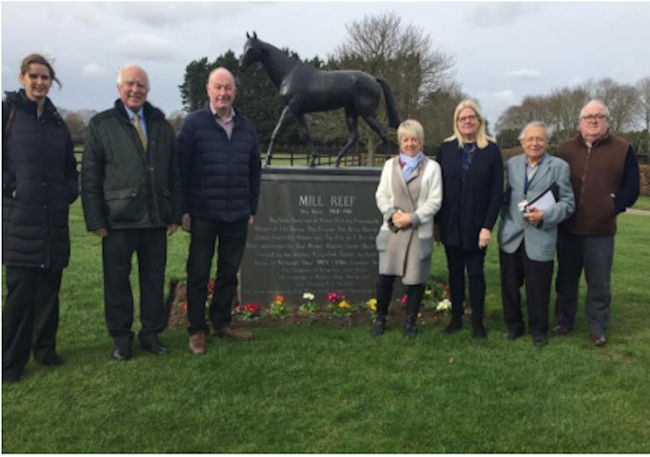 For those of you who are able to join us at the Chairman’s Reception this evening, I
hope you will enjoy the occasion. I always think these events are invaluable from a
networking viewpoint. It also offers us the opportunity to showcase what East
Cambridgeshire has to offer. This year I am particularly pleased that Ely Choral
Society have accepted my invitation to provide the entertainment.
May I conclude by offering my thanks for the support and friendship that has been
shown to me during my period of service on the Council. I will have many memories
to look back on.
Forthcoming Meetings
Week commencing 25th March:
Monday, 25th March at 4.00pm in the Council Chamber – Asset Development
Committee;
Wednesday, 27th March at 9.30am in the Chamber – Licensing Committee;
Thursday, 28th March at 4.30pm in the Chamber – Resources & Finance Committee.
Week commencing 1st April:
Wednesday, 3rd April at 2.00pm in the Chamber – Planning Committee.

Chairman of the Council